Back in September 2005, Green Day was climbing the Billboard Hot 100 charts with an eventual Top 10 smash that included this perspective on the ninth month of the year:

Seven years has gone so fast

Wake me up when September ends

On some days and in some ways, the past seven months of 2020 can feel like seven years. Waking up today, we realize September has ended, October is all but in the rearview mirror, leaves are falling, clocks are turning back, and political campaigns are winding down. But before we don our masks and join Guns N’ Roses for a socially distanced walk in the cold November rain, let’s take one more look back at September.

With a nod to Earth, Wind & Fire, here are three key TV audience insights, as we explore the question, Do you remember…watching TV in September?(1)

After a pandemic-influenced peak in April that saw Cox video households average more than eight hours per day of television viewing, overall TV viewing within the Cox footprint declined in May and June, as stay-at-home orders were lifted and spring gave way to warmer summer weather. September, though, capped a strong third quarter, marking a third straight month of increased viewership, based on Cox Media custom analysis of Cox Communications data. During the September broadcast month, Cox homes tuned in for a daily average of 7 hours, 34 minutes (7:34) of TV time – surpassing January’s pre-pandemic viewing mark to rank as the second-highest month of 2020 to date.(2) 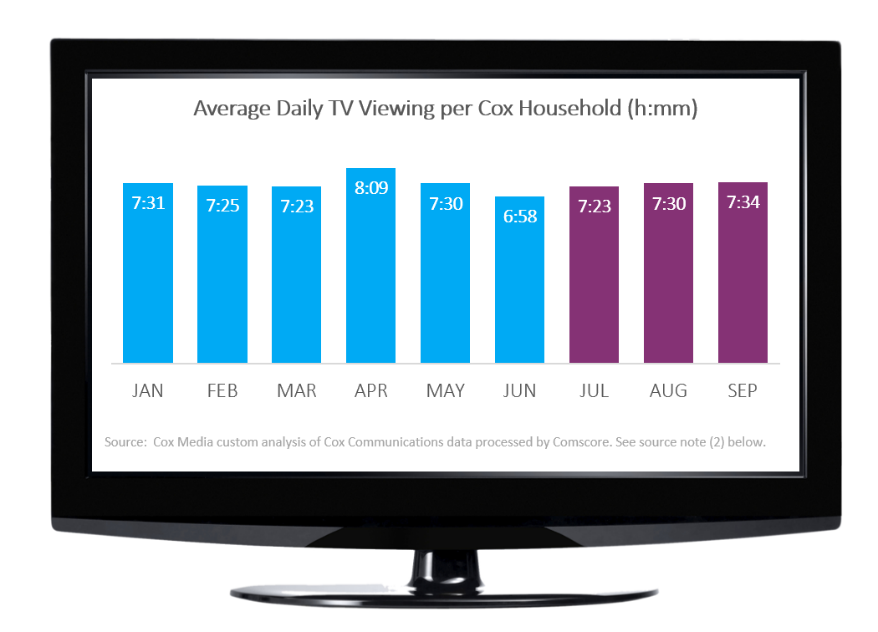 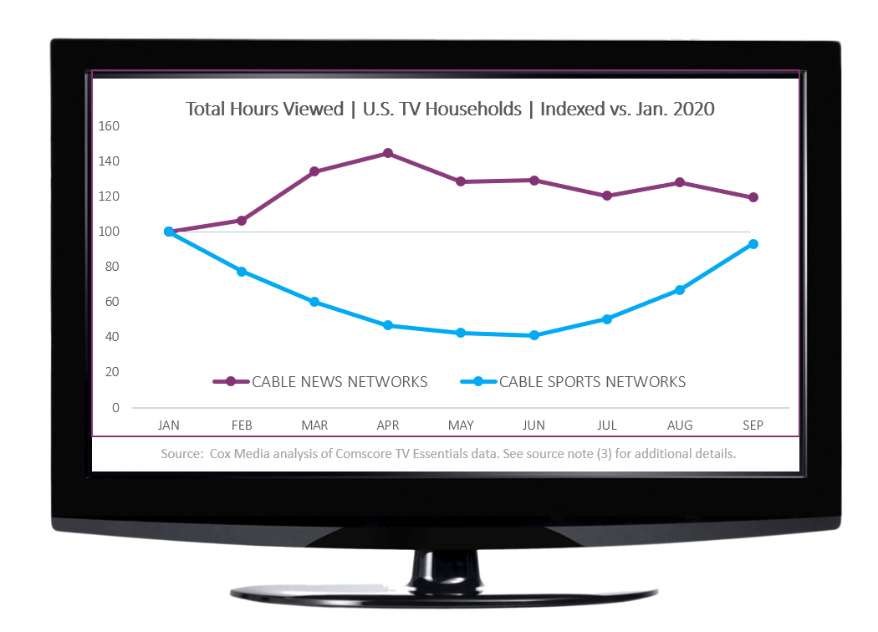 Not surprisingly, the September migration back to live sports programming also was evident among the Cox video homes that have historically viewed the largest amounts of Cable News and Cable Sports content. Throughout third quarter, this group of “super” viewers steadily shifted a larger share of overall Cable viewing time back to Sports networks. The group’s 20% Sports viewing share for September was the highest since February – and nearly doubled their average Sports share from second quarter, based on Cox Media custom analysis of Cox Communications data.(4) 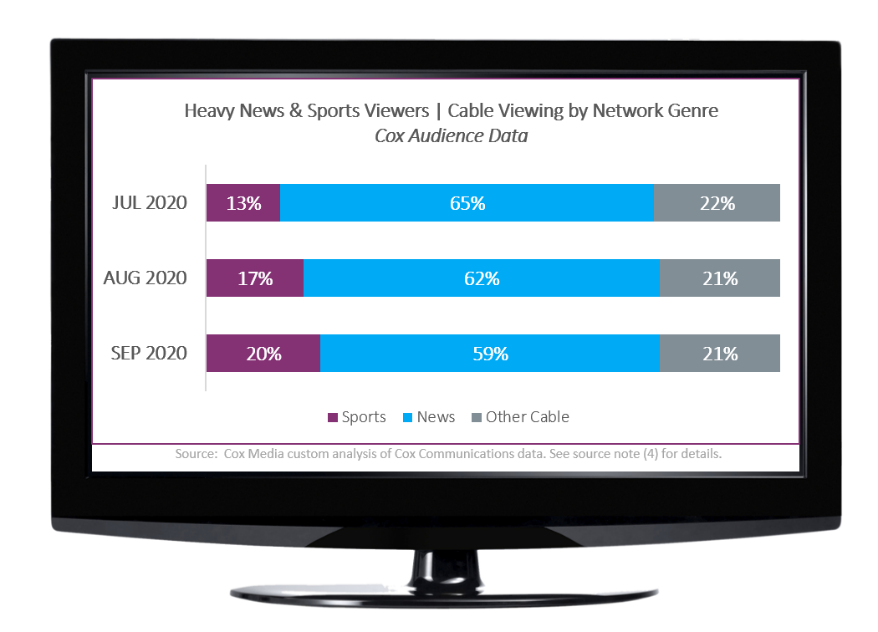 For the last word on the final month of third quarter, we’ll turn to the classic “September Morn” from Neil Diamond:

And look how far we’ve come

So far from where we used to be

But not so far that we’ve forgotten

How it was before(6)